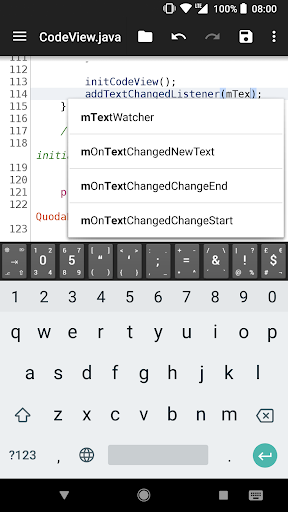 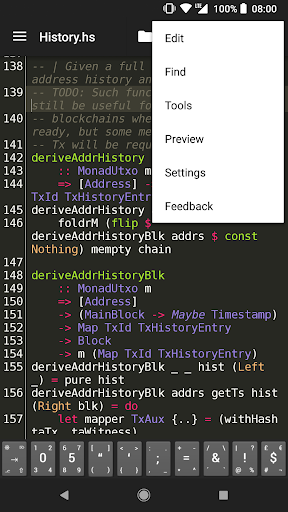 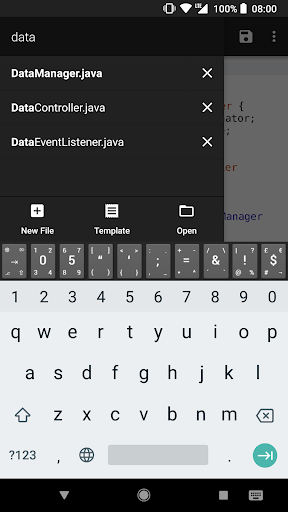 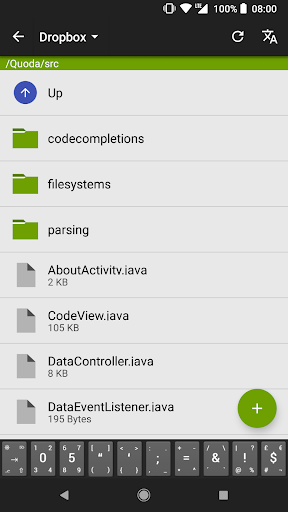 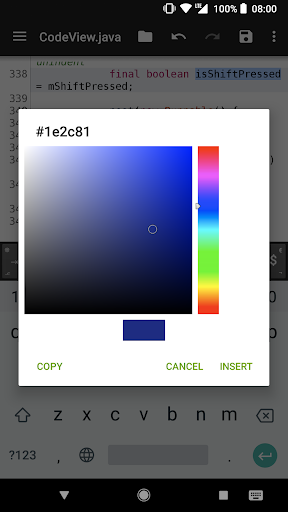 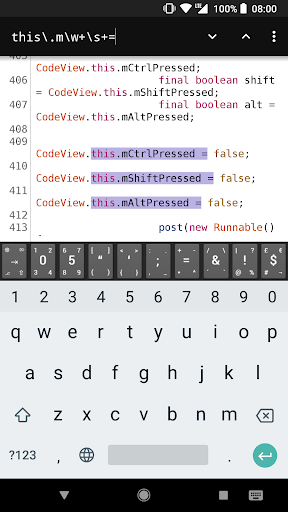 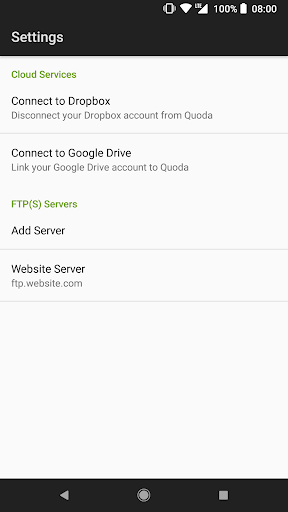 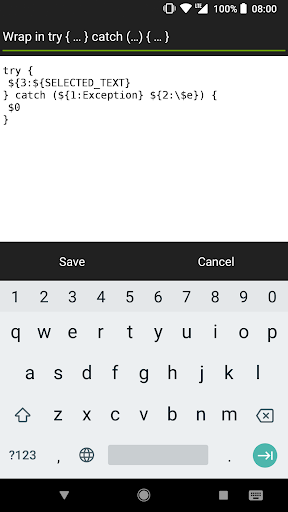 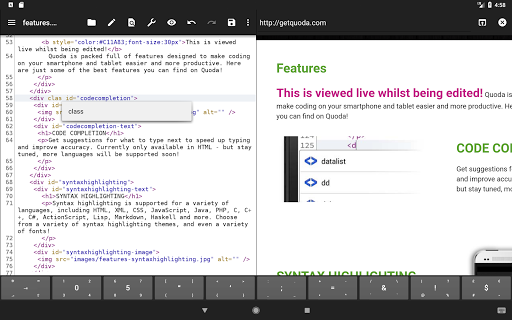 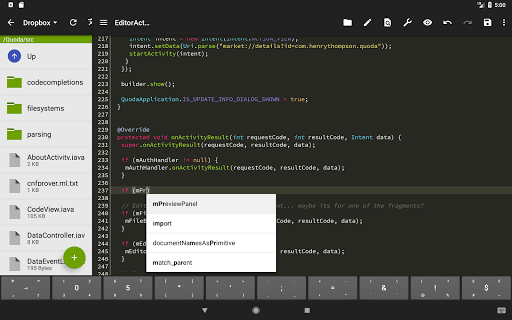 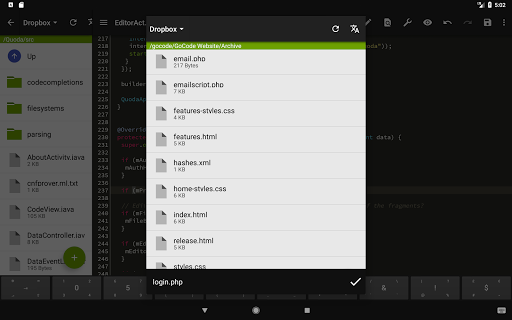 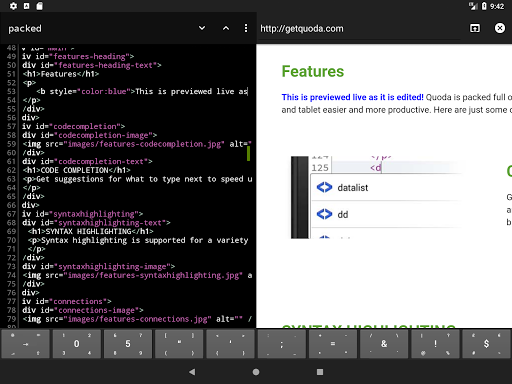 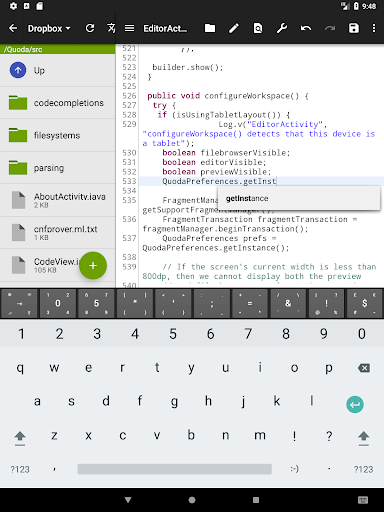 Quoda is a sophisticated yet easy to use source code editor or IDE with integrated support for SFTP/FTP(S) servers and cloud storage (Dropbox and Google Drive). Here are some of the best features:

Other features include downloading URL source code, auto-encoding detection, brace matching, auto-indentation, line bookmarking, colour picker, HTML formatting, and even more – many of these unmatched by other Android IDEs or text editors!

Quoda is continuously being updated with new features. The following are planned to be released soon: GIT support, Box and OneDrive integration, custom themes, import FTP server data from FileZilla, code-completion for all programming languages and more!

Quoda has had much focus put into its user experience, so it is an easy to use, fast, responsive and very reliable IDE. Despite its large array of features, it is made as intuitive as possible, so you can develop as productively as possible and focus on the source code.

If you want to code productively away from your PC, Quoda is a must have, allowing you to carry a text editor and IDE in your pocket to code when on the move!

* These features require an upgrade to Premium