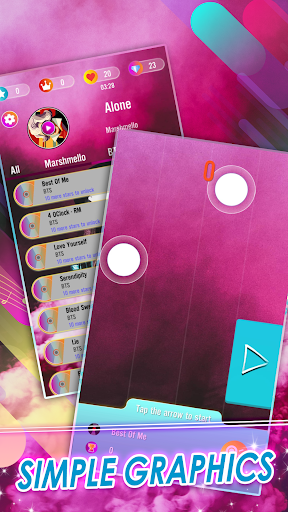 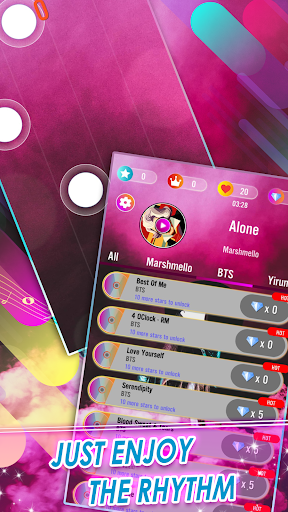 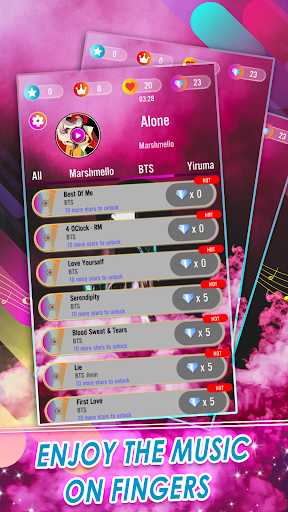 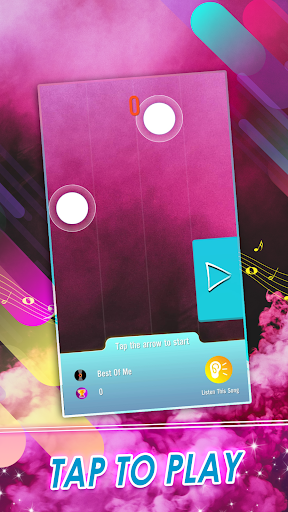 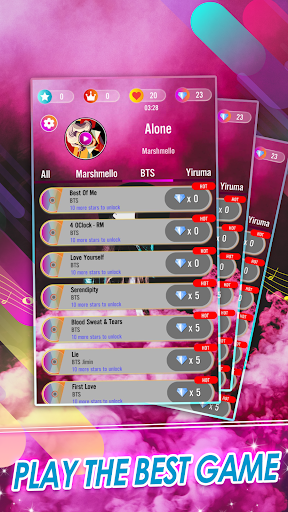 🎼Piano Tiles: Marshmello Music Dance🎼
Christopher Comstock (born May 19, 1992), known professionally as Marshmello, is an American electronic music producer and DJ. He first gained international recognition by releasing remixes of songs by American DJ duo Jack Ü and Russian-German DJ Zedd. He is best known for the songs “Silence”, “Wolves”, “Friends”, and “Happier”, all of which have been certified multi-platinum in several countries and appeared in the Top 30 of the Billboard Hot 100.
How to play:
✿ Tap the black tiles.
✿ Tap and hold on the blue tiles.
✿ Tap double black tiles quickly, but not at the same time.
✿ Repeatedly tap the big black tile until the number on it decreases to zero.

Listen to Marshmello’s new Joytime III album!
EDM, Rap, Hip Hop, Rock, Electronic– you can play all of Marshmello’s hit songs in one game, and we’ll release new songs and characters every week!
Play Marshmello’s Top Song now!
+ Alone
+ Check it out
+ Everyday
+ Friends
+ Happier
+ Wolves
Game Features:
🎵The Marshmello beat and speed of the notes are interactive and controlled by your moves. So it might be easy to tap the tiles, but difficult to master!
🎵Lightweight to install.